skip to main | skip to sidebar

What do mission organizations do for these people? 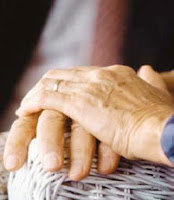 Mission organization sends missionaries to the remote and isolated regions to provide shelter and knowledge for the people who lack what we view as “essentials” in life. However, mission organizations’ primary motivation is to spread the Gospel. Bibles and the stories of Christianity may be ubiquitous within our society; however, there are many remote places in the world where there might even have communities that havne't even heard of Christina belief. It is to these remote places that mission organizations are willing to sacrifice their own routine life and time in order to guide and inform others the words of God. Don Richardson was one of the missionaries. I guess he was very courageous figure even among the missionaries because Papua New Guinea was an isolated place where savagery and treachery was a cultural norm, in which not many missionaries volunteered. The journey posed a huge threat to Don Richardson as well as his family because Sawi practiced Cannibalism and they were aggressive to foreign peoples. Despite these unfavorable conditions, Don Richardson voluntarily provided services for the Sawi people who were not aware of the Christianity. Some skeptics say that it is not right for us to intervene in the Sawi’s way of living because it would obstruct their cultural traditions. However, to this, I say that faith is something that is not determined by external “pressures,” rather, it is internal substance that grows within heart. Additionally, the missionaries never “force” anyone to serve for God. As illustrated in the Peace Child, some group of people in tribes did not attend the conference building because they still had faith in their traditional way of living, and nothing was done to them to harass any of their own beliefs. This suggests that mission organization does not force anyone to believe in what they believe in, rather, they are only providing the bridge to the faith that they would not have been exposed to without the aid of these organizations.
Posted by hongyuan77 at 8:21 PM

u wrote a lot

Steve some interesting thoughts - aside what is the Christina belief? He he he! I had a good chuckle. Mrs.Mc.